Under Windows 10 and Windows Server 2016 and later, there are two methods for uninstalling applications, the traditional "Programs and Features" applet: 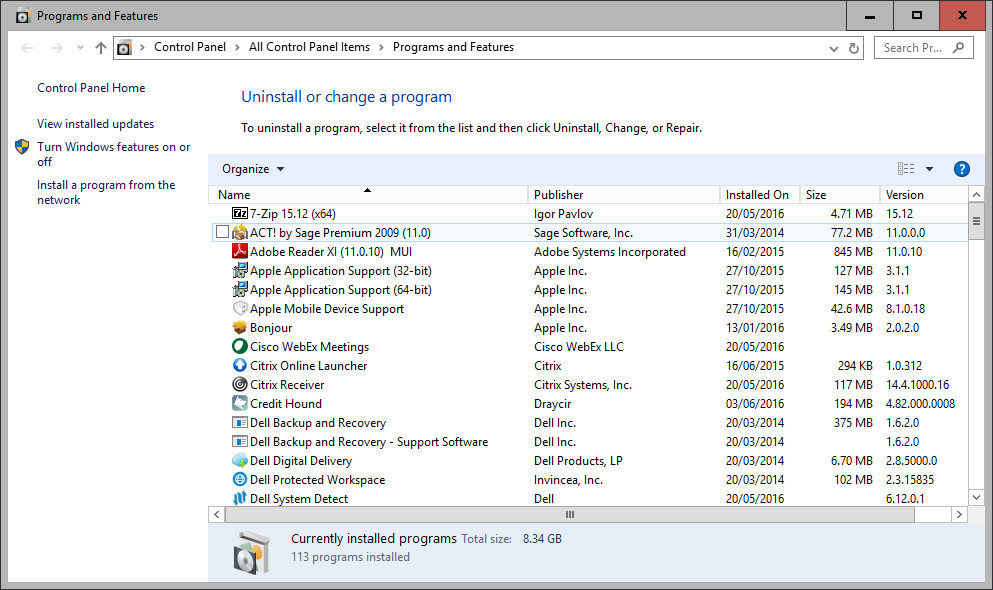 and the "Apps & Features" area of the Modern UI Settings application 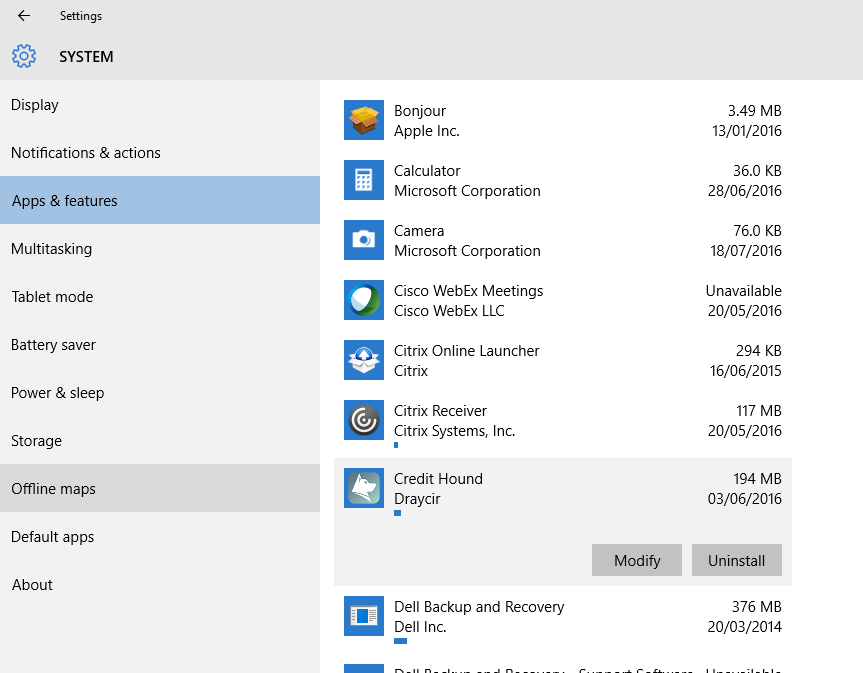 Uninstalling an application that consists of multiple applications that were installed using multiple 'chained' installers, such as the following Draycir products:

If any of the Draycir

As I mentioned earlier, there appears to be a problem uninstalling Credit Hound Express for Sage 50 Accounts on Windows 10 using the Apps & features area of the Settings app in Windows 10. The solution is to either run the install executable again and select the option to remove the product, uninstall via the Control Panel, or to uninstall the other installed components first (see highlighted components in the screenshot attached).

This problem appears to be on installers that contained chained MSIs so this includes prior releases of Credit Hound which contained Credit Guardian, and Spindle Document Management. 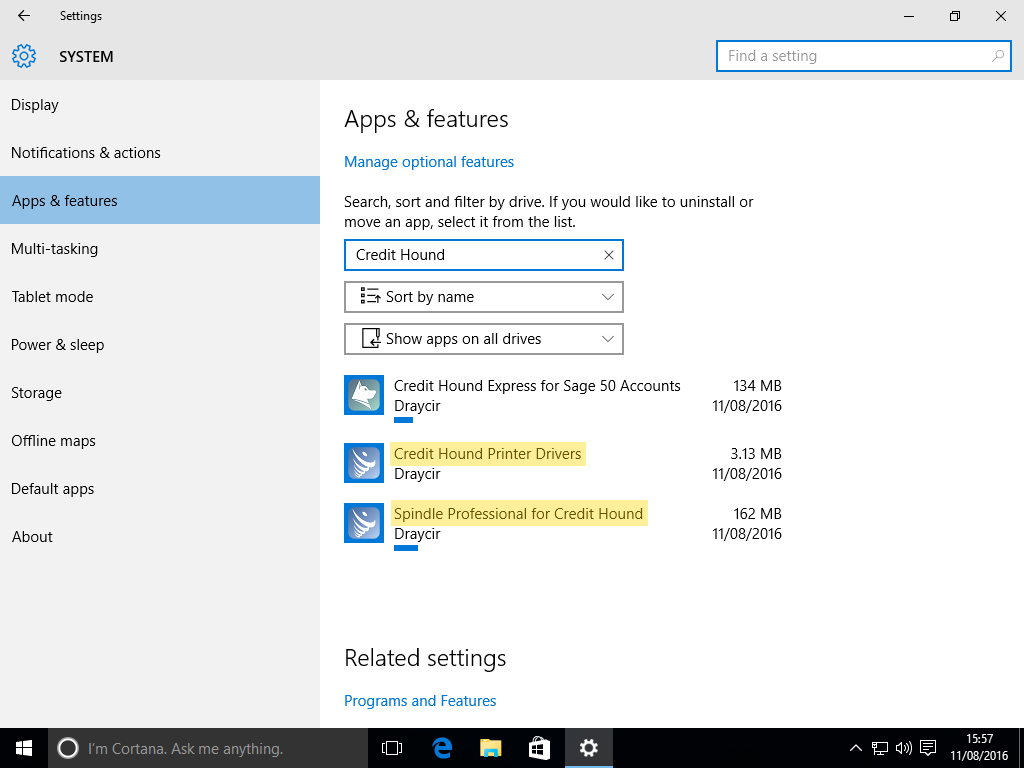